WEDDING WASTAGES AROUND THE WORLD 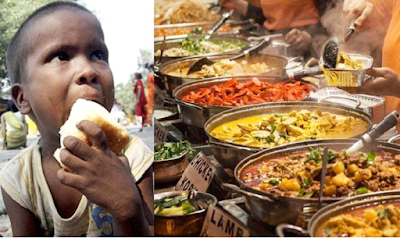 Weddings are sacred rites of passage witnessed by family members, friends and communities. A lot of activities take place on that one ‘special’ day, which people worry about especially the bride and groom and often leads to wasteful spending of cash on things most of which become irrelevant a morning after the wedding.

It has been the norm in many countries around the world. People spend huge amount of cash on wedding dresses, food items, flowers, apartments to accommodate guests, transportation, music band and a lot more. Many people end up with regrets about spending too much on their special day. The biggest regret tends to be on the wedding dress, then food items, followed by invitation cards and bouquets of flowers. Other items are cakes, wedding favors and printed menus. And again some live to cherish that special moment, notwithstanding the amount of money they spent. This set of people are mostly the upper class.

Wedding expenses differ with differing communities around the world. In Asia, for example, the parents of the bride foots large percentage of the wedding bill, but in most of American cities, the groom’s parents cater for everything while in some cases, both the bride and groom share the bill.

Let’s take a look at countries from different continents. Starting with India from Asia, the amount of food wastages at weddings is often unimaginable. Packs of plates and dishes filled with leftover foods, litter most wedding venues after the guest have gone home, often leaving caterers with more  than enough food that can serve an entirely different wedding.

A survey shows that Bangalore alone wastes 943 tonnes of food during weddings annually. That figure alone is enough to feed thousands of people a normal meal in a country where malnutrition is at its highest ebb. Research has shown that out of every three malnourished children in the world, one  is an Indian. Thousands of weddings and social events are held on a daily basis in India, the food wastages at these kind of events in Mumbai alone would have been enough had it been it is used to feed the city’s slum population. In each of these occasions, about 25% of the menu served is later on discarded or left with the caterers. That led to a team of six forming a group called the ‘robin hood army’ they go about collecting excess food from weddings, social events and restaurants. What they do is, they will package the food, store them in the fridge overnight then distribute the following morning. The team grew into an international movement reaching Pakistan and some other places. At one wedding in Hyderabad, four volunteers fed over 900 people with excess food. The bulk of the weddings in India and Pakistan mostly take place between the months of November and January, and an estimated £1.6 billion is wasted in excess food alone in India. In 2012 alone, more than 11000 people were fed with leftovers in the same country.

Likewise, in Bangladesh, being the ninth most populous country in the world, weddings are stuffed with exotic dishes and cuisines most of which end up in garbage fields, because people detest leftovers and coupled with hot climates, they easily spoil if not preserved well.

In the continents of south and north America, almost the same things happen, lavish weddings from an expensive wedding dress to invitation cards, flowers, etc. in Brazil for instance, a wedding card goes for up to $14 a piece, multiply that by 500 guests, that is a staggering $7000 on a piece of paper that will be thrown away just some minutes after the wedding.

In the United States of America, an average wedding cost up to $27000, half the annual income of a vast majority of households. The result is a number of items which are of no use a day after the wedding.

In Europe,  wastages due to lavish weddings goes mostly to the bridal dress. An average bride in the UK spends £1000 on her bridal dress, it could go up to £40000 for the affluent. The overall average amount spent on weddings is at £20000. Other expenses occur on flowers, music band or DJ for entertainment etc.

The ‘you only do it once’ line makes people part with their hard earned money to impress a crowd of family and friends who wouldn’t be around to support with your house payment or other marital expenses and a wedding which in most cases has only 50% chance of survival.

My points above are not intent on judging people’s lives, but rather to suggest ways of using that huge amount for the benefit of both the bride and her groom. People will often say ‘yes! It’s outrageous how weddings became expensive these days’ but still end up spending above what they actually planned on their budget. The following suggestions will help you attain a not so expensive wedding and at the same time elegant and unique ceremony.