English Language is not a barrier; It is the Simplest Way to Make the Best of Success and Growth

By admin
July 2, 2016
0
34
Facebook
Twitter
Pinterest
WhatsApp
Well, I am not getting you into this dilemma that being fluent in English is a key to success because if you ever had this inferiority complex then just Google the story of Abdul Wali Khan, who proved himself a true practical example of becoming a billionaire without attending a single day of school. Yes, in one of his recent articles published on his own blog onlineustaad.com, where he revealed with evidences that how did he earn one crore in 2015? You might be thinking that what is new in his story so let me emphasis on this point that he earned all this through online teaching. He used to sell biryani in Karachi few years back and then his quest of learning and educating himself brought him in a place where someone could ever dream to reach. Through hard working, determination and strong will, he broke all the shackles around himself through continuous research and learning in his chosen field with the help of right platforms. 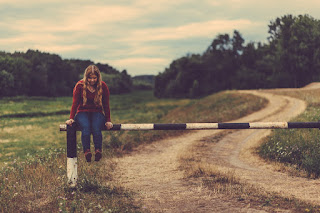 He learnt about computer, Internet, design and web development. He also learnt about the online earning methods and once he grasp a little knowledge; his generosity couldn’t stop him to transfer it to those who also wanted to learn the same. His idea of making his own website and then Urdu tutorials about computer/internet/web development made him popular among the online community of people who needed what exactly he was delivering.

Abdul Wali didn’t stop his learning and at the same time, he kept on learning languages, Pashto was his native language, but soon he also took command on Urdu and then became himself proficient in English language as well. He started making online courses about Web design/development in all these three languages and then in 2015, his Idea of selling his courses online at Udemy and other similar platforms brought this success. Today, people around the world are getting benefit out of his developed courses and willing to pay cost what he is demanding and you would be surprised to know that he has students from America and UK as well so he is teaching those who are native English speakers, but what differentiate himself from those people, it is just his knowledge and an honest purpose to deliver it to those who are thirsty of it. He also prepared himself for this task by all means.

There are many developed countries in the world like Japan, China, France and Germany etc , Their success in this world are true examples for us that nothing is impossible and once you have aim to conquer the world, then it all depends on your efforts and skills, language comes at second step where you want to tell the world that you have achieved something great.

You just need to be confident enough and must know that you are blessed with your own unique skills, you need to explore them with constant hard work, devotion and self-motivation; no one can stop you to make your dreams true.

So what is most important that we should never ever consider English language a barrier in our career, it is just a tool which can help us to learn new things around the world and interact with the larger community of people due to the reason it has become a wide spoken language.

Whenever you want  to start learning something new or just say English or any other language, just go for it, never get worried about what people will say if you do something in a wrong way because you can’t know about wrong you do without getting feedback from the people in your surroundings. 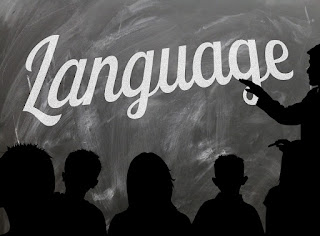 In our childhood, we used to say “Pani (water) mani” or roti (Bread) chochi” and our relatives, siblings and even sometimes parents made our fun, we never bothered and  always ignored what they used to say because we were in a hurry to learn and express ourselves. It was actually our thirst of speaking, which helped us to learn our own language quickly.

Remember, we are not born with any specific language or skill; it’s actually an environment which helps us to grasp the materials and get it entangled into our minds so never be reluctant and fight with all the fears.
Always act and learn like a kid…

We can learn through these quotations, “Practice makes a man perfect” or

“Rome wasn’t built in a day” so never stop learning and do practice always without losing hope. Keep faith in God, your honesty and positivity towards your aim will definitely help you to build your own empire one day.